Is Airline Retail the future of Duty Free? Reflections from #ARC15LON

I have been attending the Airline Retail Conference (ARC) in London for the past two days and reflecting on the future of Airline Retail, especially in comparison to the wider Global Travel Retail/ Duty Free market which includes Airport shops, Ferries and other shops and sales. The total market is worth c. $60 billion globally and has 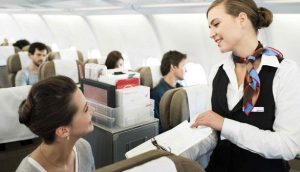 grown at 9% CAGR (2010-15). Airline retail in comparison has lagged behind growing at 3% and with a small share despite the dependence on airlines and their networks for the majority of the market. As Niklas Julin, Inflight Services Marketing Director, shared at the event based on research, airline retail is perceived as a ‘last minute’ shopping resort with only 5% stating as important or extremely important.

Additionally, the commercial demands on brands operating in Travel Retail can be very high, driven by factors such as high airport concession fees on retailers (due to the concession model but also desire from airports to increase non-aeronautical revenues), market consolidation and the physical limitation on the number of products listed on board an airline catalogue and available in the carts (which in turn drives competition and thus increases the cost to brands). In short, all of these factors will place further pressure on brands willing to operate in Travel Retail.

Typically brands enter Global Travel Retail due to the access it provides to international passengers (the consumer) and the opportunity to bring their ‘brands to life’ by engaging in a meaningful way with the consumer. The commercial aspect is obviously impor 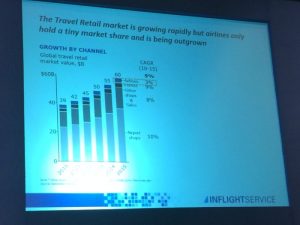 tant but a balanced approach is usually taken by the majority of brands.

We also know that passenger numbers continue to grow globally and more people become familiar with the experience of flying. Life in the air can be luxurious, however the consumer shopping experience usually does not match it as highlighted by Ruth Harrison, ThoughtWorks Europe, Director of Retail Strategy, in her presentation at ARC London event.

Airline Retail tends to be the part of duty free forgotten by most and yet, the airline has one significant advantage – it knows who is travelling before some of their competition (such as airports). So could Airline Retail really be the future of Duty Free?

Imagine a world where the Airline put the consumer first and it offered great perceived value through its retail offering. Space was no longer an obstacle to offering a wider range of products and services. Experiences and services linked to areas and travel locations of interest were available. Personalised services and products were common practice.  Digital interactions between the airline, brands and the consumer were facilitated by the connected world in which we already live in. Every action taken was about enhancing the passenger experience. As Mark Allen, Air Meals, VP Business Development & Operations shared at his presentation, it is about finding ways of  “guestifying the consumer experience whilst flying” and this would be an extension of that concept to include enhancing the pre and post flight experience also.

Imagine a world where the Airline recognised their unique ability to act as a disruptive influence in Travel Retail. An airline which shared more widely the commercial benefit with brands and the consumer creating a true Trinity partnership. An airline taking advantage of technology  to allow more brands to join in the airline retail arena at a lower cost, bringing more opportunity for brands to engage with consumers and in turn investment from brands to create unique activations, services and product offerings. The future could be closer than we think….but only once Airlines understand the advantage they have and how to utilise it for the benefit of all stakeholders in the industry.

The future of Duty Free could be Airline Retail… 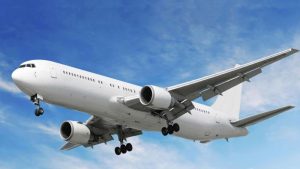 This blog was originally published in June 2015 on LinkedIn 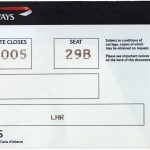